Long Arm of the Claw: The Difference Between King Crab vs. Snow Crab

When it comes down to it, would you know the difference between king crab and snow crab if you saw it on the menu? Maybe if you order crab a lot, but casual seafood eaters might not be able to tell the difference. We’re here to answer all the questions you may have.

Crabmeat is an easy favorite among even those who aren’t huge seafood eaters. It’s generally sweet and the white meat with shades of deep crimson looks appetizing in almost any dish. Let’s claw our way through each difference between king crab and snow crab to help you make the best choice for your next crab order.

The Differences Between King Crab and Snow Crab 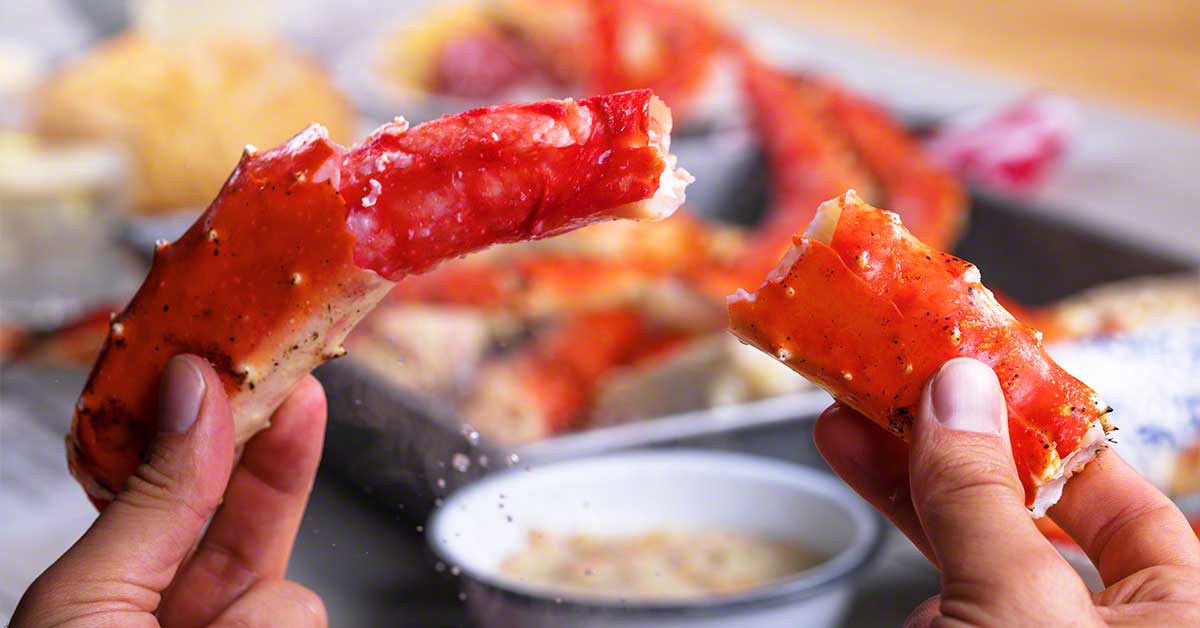 The fishing season between king crab and snow crab varies a lot and that scarcity can make a significant difference in price.

Harvest season for king crab is fairly limited, typically starting in mid-October and only lasting until mid-January. Although, good weather can help extend the season by several weeks. These crustaceans also have a limited cold-water habitat and are mostly in and around the Bering Sea between Alaska and Russia.

Harvest season for snow crab is much longer in comparison. In the U.S., snow crab season will typically begin in late fall and can extend all the way into the early weeks of summer. Snow crab is also much more readily available, found off the shores of both Alaska and Maine. These factors make it far more likely that you’ll find snow crab rather than king crab on the menu at your favorite restaurant.

There’s a reason king crab is often referred to as Alaskan colossal king crab: It’s because they’re, well... colossal. It’s not uncommon to see king crabs that exceed 20 pounds, though the average king crab that’s caught weighs approximately 6 pounds. If you’ve ever ordered king crab legs at a restaurant, you know they can be extremely long. On average, king crabs have a leg span of nearly 6 feet (1.8 meters).

Snow crab on the other hand usually is much smaller than king crab, weighing anywhere between 2 to 4 pounds. And though snow crab will have longer legs than their colossal cousins, their legs are skinnier and pack less meat. 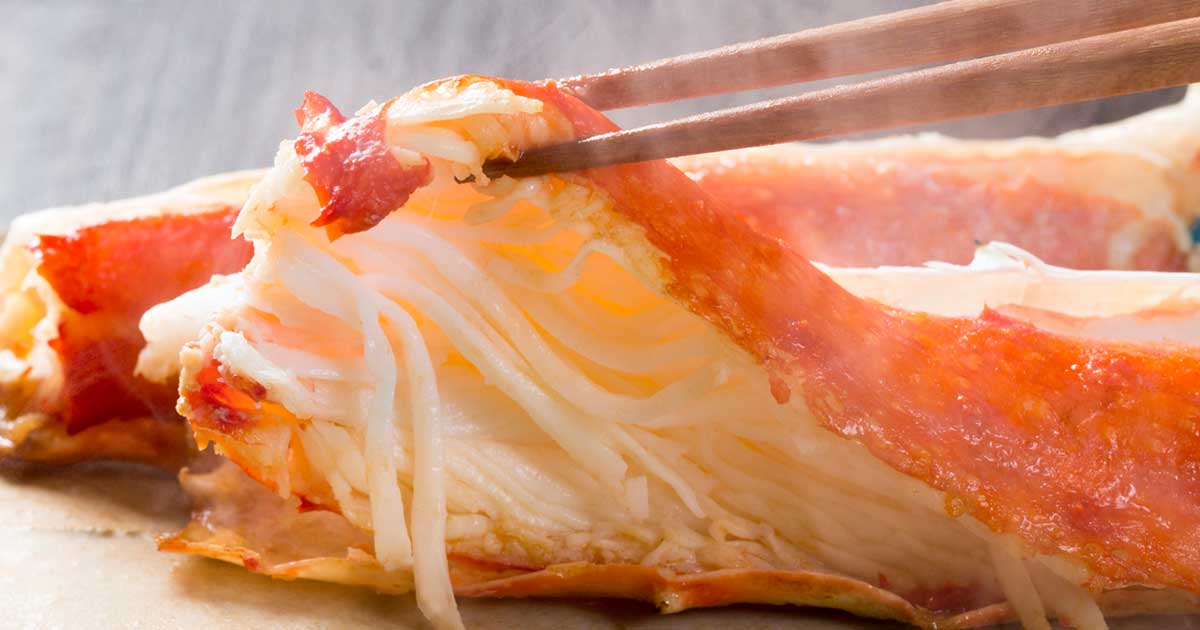 What about the meat!?

Yes, yes, we know everyone’s most important question about crabs is about the meat. For the king crab, those thicker legs provide seafood lovers with large, firm chunks of that sweet and rich white meat. Snow crab meat on the other hand will tend to shred into long pieces, sort of like corned beef. Snow crab meat is also sweet but bears a subtle briny flavor not found in king crab. Those of you who enjoy hunting for the perfectly extracted piece of meat will love the challenge of snow crab, but if you’re here for a feast, it’s hard to beat the ease of king crab legs.

When you’re trying to get delicious meat out of a crab leg, approach king crab with caution. King crab legs are thicker and lined with spikes that require a crab cracker tool for best results. Snow crab on the other hand have legs that are soft enough to crack open with your bare hands. Remember not to apply too much pressure or you’ll shred the delicate snow crab meat within!

Not excited by the DIY nature of cracking crab legs? Then be sure to get your claws on some of the other great crab products offered exclusively from Maine Lobster Now, including delicious crab cakes and fan-favorite king crab mac & cheese. 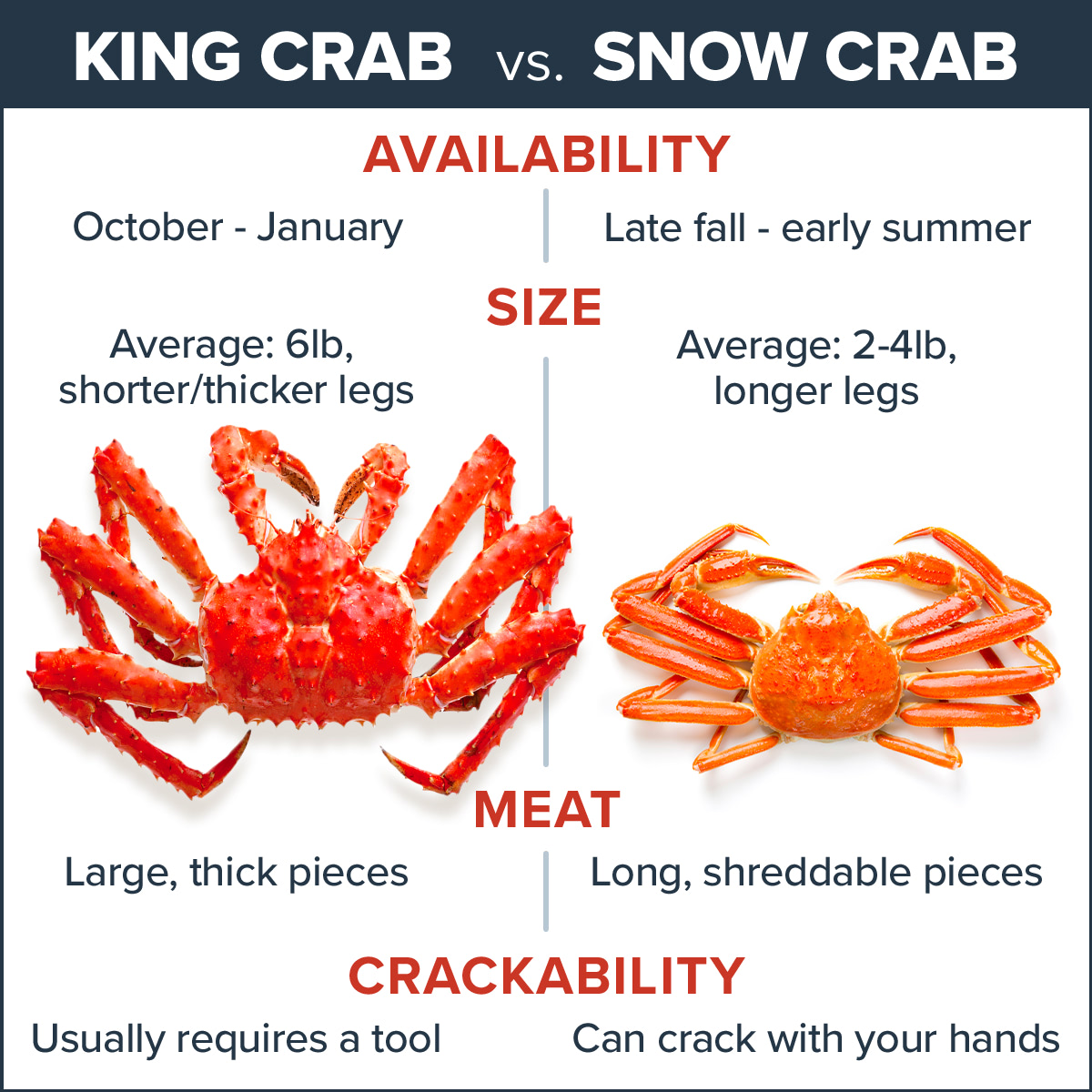