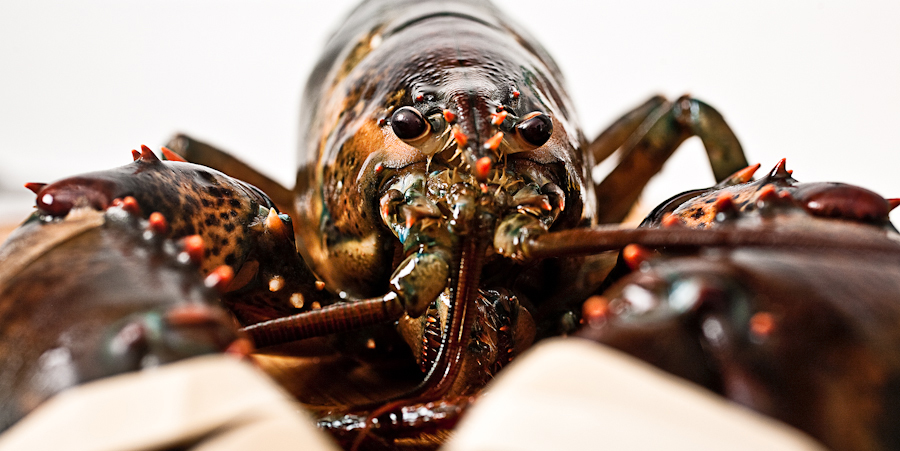 The American Lobster known as the “Homarus Americanus”, is a species of lobster found in the Atlantic coast of North America. It is also known as Canadian Lobster, True Lobster, Northern Lobster, Canadian Reds, or Maine Lobster. The American Lobster thrives in cold, shallow waters where there are many rocks and other places to hide from predators. Homarus Americanus typically live at a depth of 13-164 feet underwater but they can be found up to 1,500 feet below the surface! They’re known for their sweet flavor, tender meat, giant claws & hard shells. Formerly known as the “poor man’s food” to now, a luxury, special occasion, treat yourself kind of food! Overwhelmingly the most common question asked in regard to the different types of lobsters is, “Are Maine Lobsters and Canadian Lobsters different?” That most direct and honest answer is NO. Canadian Lobsters and Maine Lobsters are both “Homarus Americanus”. Although they’re the same species, they do have distinct differences which we will clarify below. After discussing the American Lobster, found along the Northern Atlantic Coast, we will talk about warm water lobsters found off the coast of California and Australia. Two distinct differences between warm water vs cold water lobsters is that unlike the cold water lobsters found in Maine and Canada, warm water lobsters do not have claws! When people consume warm water lobsters they are only able to eat the meat that comes from the lobster’s tails. Generally, this meat is less tender and not as sweet as the meat found in a lobster’s claws.   In the chart below, a quick breakdown of the differences within the lobsters found in the four areas is shown. 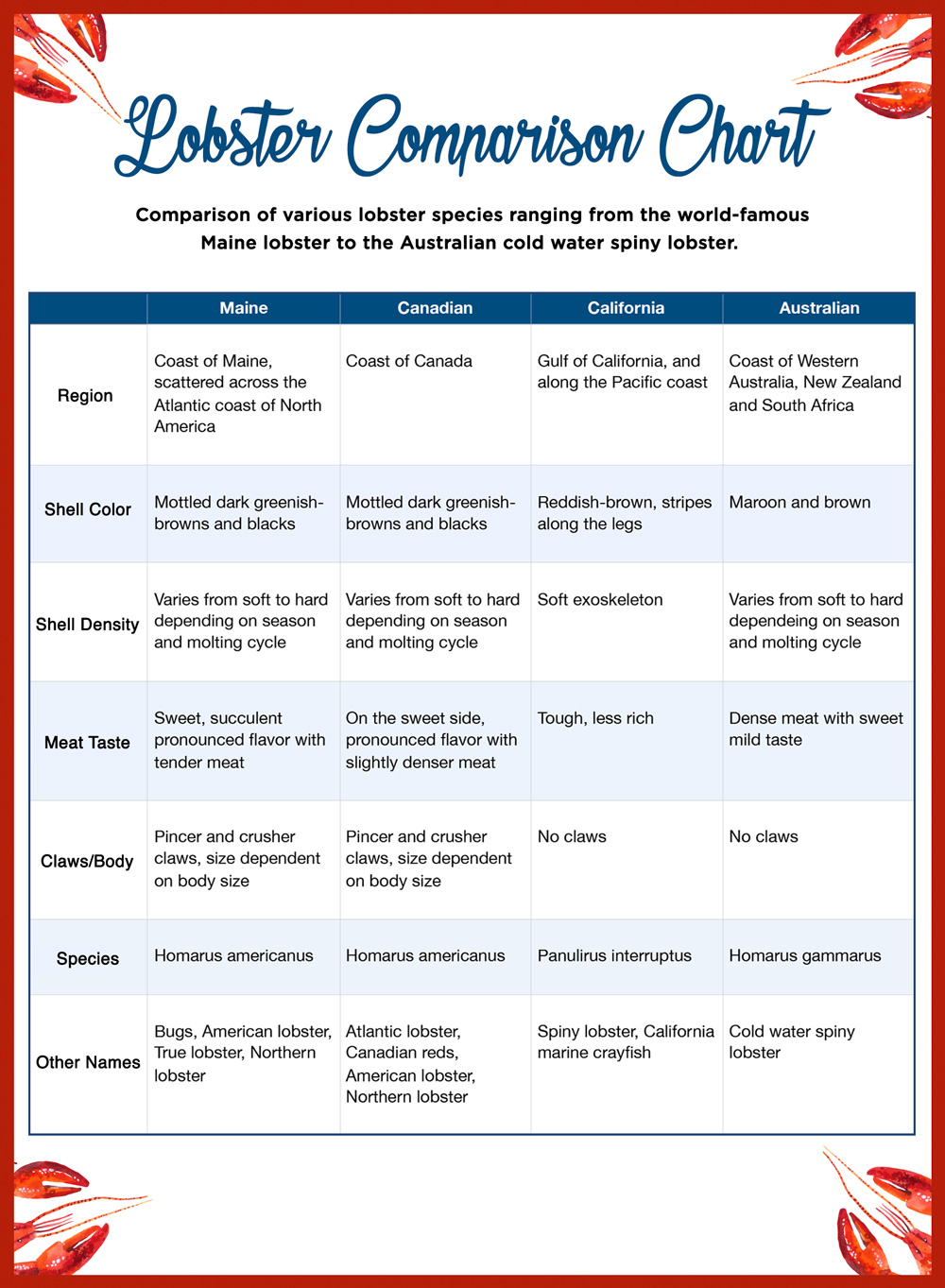 The Difference Between Different Lobsters

In the United States the Lobster industry is reg 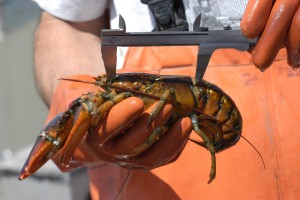 ulated. Every fisher is required to use a lobster gauge to measure the distance from the lobster's eye socket to the end of its carapace. If the lobster is less than 3.25 inches long, it is too young to be sold and must be released back to the sea to help regulate and maintain a healthy stock of lobsters for the future. There is also a legal maximum size of 5 inches in Maine, meant to ensure the survival of a healthy breeding stock of adult males. Meaning, we do not sell lobsters over 5 inches because they're great for breeding which falls back on helping regulate and maintain a healthy stock of lobsters. Maine has warmer waters than Canada which results in Maine Lobsters being a little softer than Canadians. With the water being a bit warmer but not too warm, this allows for a better tasting lobster and the meat being more tender. With the Maine waters being warmer causing the Lobsters shell to not be as firm as a Canadians, the transit life of a Maine lobster is 24-48 hours after leaving the water. Thus Maine Lobster Now specializing in overnight shipments of fresh, flavorful, Maine Lobsters. 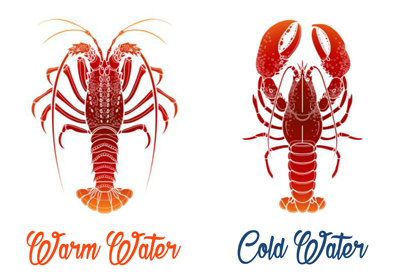 means a large portion of the lobsters that are distributed around the world come from lobster pounds. Pounded Lobsters are not nearly as healthy and carry antibiotics to keep them alive and “healthy”. Ultimately, with all the mentioned differences, Canadian Lobsters are still the same species and the meat of these lobsters can still be juicy and tender if handled correctly. Maine Lobster Now chooses to stick with our local, WILD CAUGHT, Maine Lobsters for almost all our products because that is where our preference lies, but we still just love Lobster. Therefore, we have taken the time to find trustworthy vendors of beautiful Canadian Jumbo Lobsters. These are lobsters that can not be caught in Maine due to the fact they are above the legal size, but we are able to ship these lobsters nationwide live and in the form of tails frozen. Canadian Lobstermen do not go out on their boats during the summer months due to the water temperate changing and this being the downtime for their season. Canadian fishermen & distributors often “tube” lobsters and store them to keep them alive, which is not good. When lobsters are “tubed” this means they are stored in a literal tube, not able to grow and the meat inside the lobster decreases the longer it is tubed, basically dwindling away to nothing. For example, you could be ordering a 1.5lb Live Lobster that on average gives approximately half a pound of meat from a healthy Maine Lobster, but a 1.5lb Canadian Tubed Lobster will give you much less than a half pound of meat with a slight price difference and not nearly the tender and juicy meat of its Maine counterpart. Lastly, Canadian Lobsters are often shipped with bait whereas Maine Lobsters are never. Shipping lobsters with bait often leaves an unpleasant fishy smell to the lobsters before being cooked and sometimes even after. We do not use lobsters that have ever been tubed or transported long distances with bait. 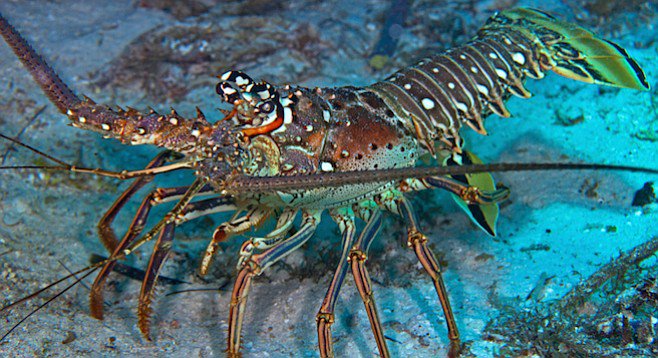 The West Coast California lobster, also known as “California Spiny Lobster’ live on the ocean floor in water temperatures near 65 degrees Fahrenheit. Do to these water temperatures their shells are not able to get as hard as those coming from colder waters like Maine and Canada. These lobsters do not have claws and vary in color from white to dark red-orange. On the second segment of the tail they have two cream colored spots which make them easy to identify. To protect itself from predators it relies on sharp spines on its body and antennae. The antennae of these lobsters emit a sound that wards predators away as well as senses unusual movements towards them. All lobsters are scavengers when it comes to finding their next meal, but the California Spiny Lobster is king coming out at night to eat bits of plant, crabs, clams and animal material that has fallen to the ocean floor. To keep a Spiny Lobster, it must have a carapace length of at least 3 inches. As previously mentioned, these lobsters do not have claws and therefore, the edible portion of these crustaceans is strictly in the tail. The tail meat of the lobsters is generally tender but not very flavorful or sweet and must be improved with seasonings or marinades. These lobsters are very difficult to catch and are known to bury themselves deep into the sand and tuck away into the rock crevices. A majority of the lobster that is caught in California is shipped out to China. The Chinese market prefers Australian lobsters, but Australia has difficulties keeping up with the Chinese demand and by the early 2000’s, California lobsters began to be transported to China in large numbers. 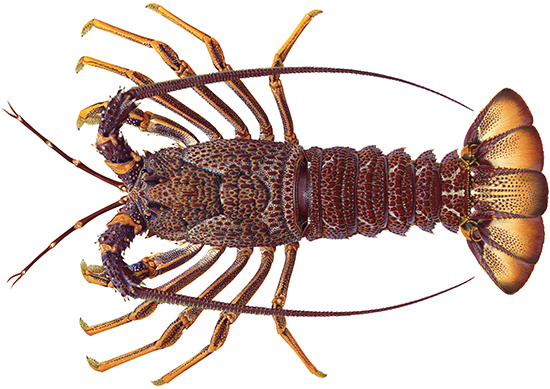 Australian Lobster, also known as Rock Lobster live off the coast of Australia in hot water. Much like the California Spiny Lobster, the Australian Lobster does not have claws; they rely on their antennas to sense things and ward off predators. When they feel endangered they rub their antennas together which makes a loud screech. Not adapted for efficient hunting, and unable to crush their prey do to a lack of claws; they prey on small animals such as snails, clams, craws, sea urchins and anything they can scavenge from the ocean floor. The coloring of the Australian Lobster ranges from brown, red or very colorful and they live in the coral reefs and in crevices of rock. These lobsters living in warmer temperatures result in the tail meat being slightly more tough and even stringy at times. The flavor of the meat is a bit saltier and fishier than lobsters from Maine. Cold water lobsters have harder shells then warm water lobsters which provide a safe buffer from the salinity of the ocean water. The disadvantage of a soft shell is that water can easily enter them and cause the meat to have a saltier taste.

Overall, Maine Lobsters win the taste test every time! There is no comparing the sweet and tender meat of a Maine Lobster to any other option. In our opinion the only valid debate is between the warmer waters of Maine and the colder waters of Canada. We have found that the colder waters which foster older shelled lobsters are great for the stunning presentation of Jumbo Lobsters. These lobsters, which are not legal to catch in Maine, offer a stunning presentation without losing too much of the great American Lobster tenderness. The benefits of Maine Lobsters will overwhelmingly outweigh its Canadian counterparts when comparing flavor and texture. Really the only way to know for sure is to try for yourself and here at Maine Lobster Now we are proud to offer both options.

For guaranteed Maine Lobsters and superb service visit www.mainelobsternow.com to view our selection of lobster sizes and various other seafood products!